Located on Vietnam’s central coast, Hoi An is known as its well-preserved ancient buildings and diversified cuisine.

Last year, travel site Lonely Planet dubbed Hoi An a global food paradise while American travel website TripAdvisor chose the town as one of the top 10 Asian food destinations in 2011.

Hoi An welcomed the title of Vietnam’s food capital during the annual Int’l Food Festival organized by the World Association of Chefs Societies or Worldchefs in the town from March 22 to 26.

To welcome this title together with Hoi An, the Worldchefs invited renowned chefs to cook during the festival.

“Collecting garbage” tour in Hoi An

Over the past month, a new tour has been launched in Hoi An, attracting a large number of tourists, especially foreigners. What is special about the tour is that tourists have to pay some money to experience garbage collection in the Hoai river, instead of enjoying entertainment and relaxation. 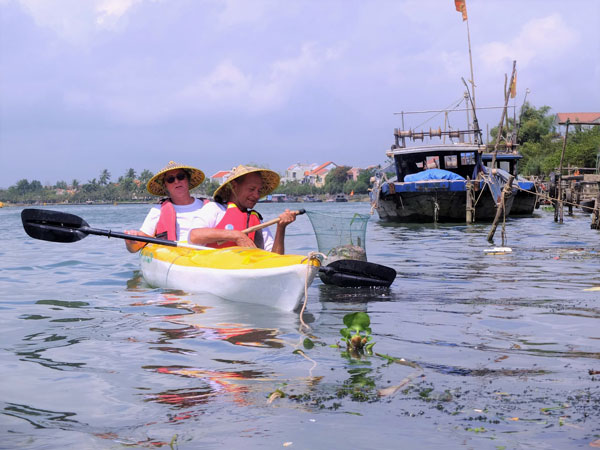 Nguyen Van Long, a representative of Hoi An Kayak Tour Agency, said he had taken part in a “community tour” with various activities related to environmental protection, therefore, he saw the “Rowing kayaks and collecting garbage in the Hoai river” tour as a profitable but meaningful tourist activity.

The 8-kilometer long tour is organized every Saturday morning, said Long. It starts at Thuan Tinh port (Cam Thanh, Hoi An), keeps running along the Hoai river, and ends at the centre of Hoi An.

Each tour will have two tourist-guides who support the tourists in rowing the kayak and garbage boat. Each tourist is equipped with a life-jacket, a bag and racket to collect garbage.

The collected garbage will then be handled by the Hoi An Municipal Urban Environment Company.

While sailing the Kayak, tourists will find many items like bottles, plastic bags or spongy, or even large garbage bags, floating in the river. Special boat will take care of such big bags of garbage.

As the boats reach closer to the city centre, tourists may find greater density of floating garbage, especially in Hoi An market.

The trip usually ends after three and a half hour. It may be tiring for some people but it is an unforgettable experience for the tourists.

Clayton Hornbaker, an American tourist, said it was an amazing experience for him.

He was impressed by the beautiful river in Hoi An and wanted to collect more garbage to protect the environment.

The tour has received attention and participation of various tourists, however, the number of domestic tourists taking part in was not as much as the organizers expected, said Long.

He also hoped that the tour would be more popularized an many people would join hands to protect the environment, the community’s health and the beauty of the UNESCO-recognized ancient town of Hoi An.

Ha Long is one of the first municipalities to blanket the city in free Wi-Fi as it hopes ‘Muni-Wi-Fi’ will somehow attract more tourists, facilitate waves of innovation and brand the city as tech-friendly. 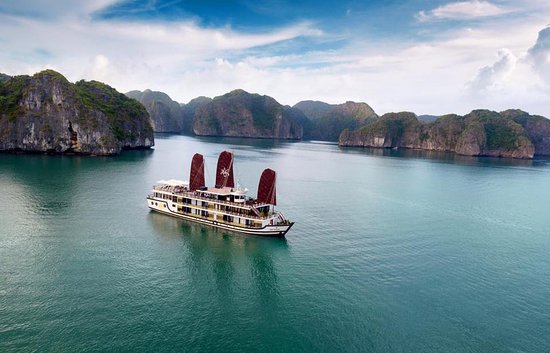 But many experts suggest that a single-minded focus on Muni Wi-Fi is misplaced.

To maximize the investment in digital infrastructure, maybe the city should have looked beyond just a cosmetic solution and installed a fibre-optic network, and implemented a public-private model to finance the construction.

The actual benefits of municipal Wi-Fi are limited because most tourists and Vietnamese already have access to the internet, creating a dynamic in which it will most likely only marginally provide any value whatsoever.

Right now, virtually all tourists have access to high-speed internet through their hotels and ever increasing number of Vietnamese have access to the internet either at home or through libraries or school.

Thus, for the masses, municipal Wi-Fi adds little benefit and sounds more like a gimmick that few tourists or experts would take as a serious move to add any significant benefit to commerce or the digitization of the city, sufficient to label it tech-friendly.

Hue Imperial Citadel to open at night to tourists

According to an announcement from the Hue Relics Preservation Center, the Imperial Citadel (Dai Noi) in the former capital of Hue will be open to tourists from 7pm to 10pm from April 22. 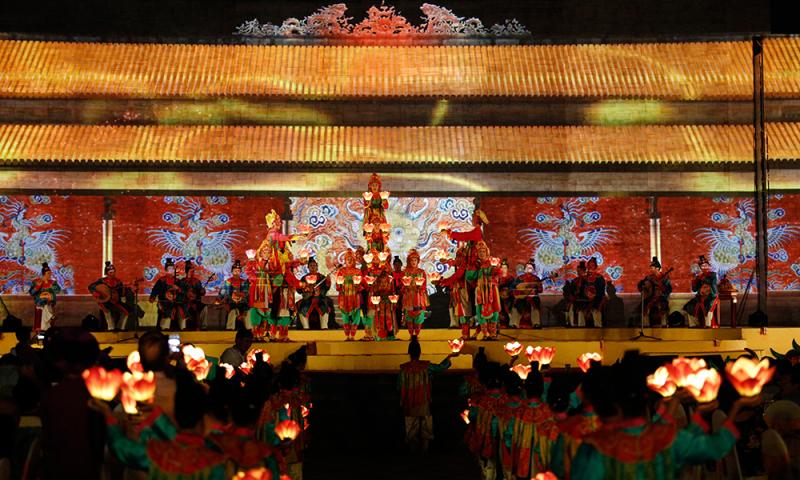 Sites to open at night include those from Ngo Mon Gate to Can Chanh Palace.

The program “Dai Noi by Night” will allow tourists to experience ancient royal rituals, traditional dance, and artistic performances as well as Hue traditional crafts and other royal activities. 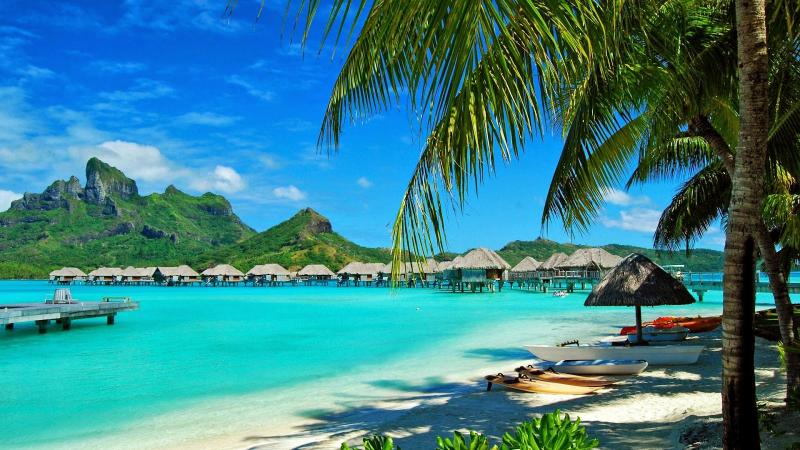 Ha Van Sieu, deputy head of the Vietnam National Administration of Tourism(VNAT), said the two travel agents have worked with VNAT over a plan to open the two new air routes while attending ITB Berlin travel exhibition which took place in Germany from March 8 to 10.

TUI is scheduled to take British tourists to Phu Quoc on chartered flights on a weekly basis from next November and it also has worked with five big resorts there in preparation for the upcoming plan.

Meanwhile, the Italian firm will launch a similar plan to bring visitors from Italy to the Vietnamese beautiful island this December.

Representatives of the two travel agents have had meetings with VNAT to propose cooperation and hoped the Vietnamese tourism agency to give support in terms of promotional programs and administrative procedures so as to facilitate the plan, Sieu told the Daily on March 15 after his return from ITB Berlin.

This is a positive sign for Phu Quoc Island’s tourism industry as the two European travel firms have strong customer bases, Sieu added.

Besides, TUI is expected to bring around 8,000 Britons to Phu Quoc in the first year of chartered flight operation.

After the working trip, VNAT is ready to work with the authorities of Kien Giang Province along with some travel companies and hotels there to boost cooperation between the province and foreign counterparts in an effort to promote the image of Phu Quoc Island, and arrange services for European travelers to Vietnam on chartered flights later this year.